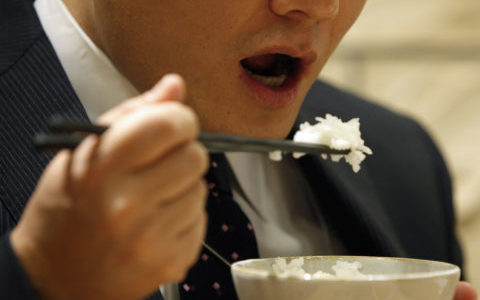 Worried About Carbs? Healthy White Rice May Soon Be on the Menu

Luckily, Australia’s Commonwealth Scientific and Industrial Research Organisation has just done that – creating a variety of rice that has an outer layer four to 12 times thicker than usual. That means it can be polished to remove the outer layer to make a white rice that retains more of the nutrients found in the wholegrain variety, according to the CSIRO.“Our obsession with rice isn’t going anywhere, but unfortunately, our waistlines are, and too much white rice isn’t helping,” Eliza Keck, a CSIRO communications adviser said on the government agency’s website. “Thankfully, the demand for healthier varieties of rice has been on the rise in recent years, and that’s where our innovation comes in.”The Australian organization says it’s developed the rice with the Chinese Academy of Sciences, and it has been successfully tested by breeders in the Asian country. The new variety has little to no effect on the growth and yield of rice, CSIRO said. The Asian nation, which consumes over 100 kilograms per capita of rice every year, has a strong incentive to see healthier varieties become more popular as it battles with the world’s most-diabetic population.See more here: Fighting Diabetes With Rice Helps China Stem Growing ScourgeCSIRO is teaming up with Chinese Academy of Sciences and the Chinese Academy of Agricultural Sciences to see if its innovation can also be applied to wheat, barley and sorghum, it said. DM