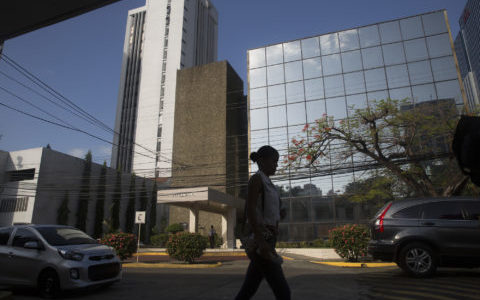 Federal prosecutors in New York charged an account manager linked to Mossack Fonseca, a lawyer, a client and his accountant of tax fraud, money laundering and other offenses, stemming from their use of offshore accounts to shuffle and hide millions of dollars. Three of the four have been arrested, the U.S. said.Among those charged was Ramses Owens, a partner at the now-defunct firm who the U.S. said helped create, market and service shell companies for the firm’s wealthy clients. Prosecutors said he was assisted by Dirk Brauer, an investment manager for an affiliated firm who was arrested in Paris on Nov. 15. Owens remains at large.Prosecutors also charged Harald Joachim von der Goltz, a wealthy client of the firm, and his accountant, Richard Gaffey, of money laundering, conspiracy to evade taxes and failure to declare foreign accounts.Click here to read the indictmentJoachim von der Goltz, who is accused of hiding his ownership of shell companies he used to secret away tens of millions of dollars from U.S. tax authorities, was arrested in London on Dec. 3. Gaffey was arrested in Massachusetts earlier Tuesday.Gaffey and Owens are also accused of helping an unnamed U.S. taxpayer defraud the U.S. by maintaining a series of offshore bank accounts to conceal wealth from the Internal Revenue Service. DM